The career center at our school organizes reunions/networking events in large cities throughout the summer, and today it was at New York. A bunch of us went and there were still a lot of friends that I didn't know were in NY this summer. Many of my brothers from my business fraternity were there, so it was good seeing them again, especially the graduates. 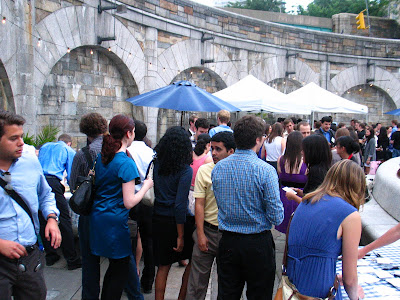 Afterward, we got gelato at GROM, which is this premium gelato joint with really fresh and full flavor gelato. I highly recommend it, especially the coconut flavor. 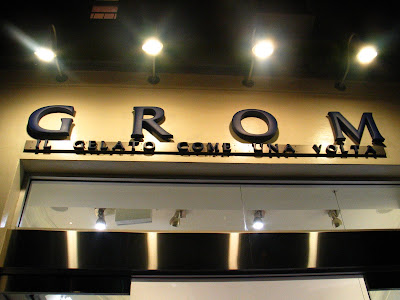 For the first time on the commute home, I talked to a stranger for the whole bus ride. She told me about all the jobs she has to work while being a single mother - working a wholesale job during the week and night shifts at a diner during the weekend. Then she told me about how she just divorced her husband a few years ago and how she shouldn't have been in that marriage in the first place. To be honest, she married him after two weeks of getting to know him, so it was bound for failure. It's strange that she'd agree because she's obviously a smart woman (graduated from NYU). What I learned from her is to not jump into relationships too quickly or else there will be consequences.
Posted by enjoyneer at 10:53 PM