After four weeks of not really exploring New York, I decided to create a bucket list and tackle it. (Bucket List to be posted later.) One of the only food-related goals was to try New York style pizza. A few of us from WashU went to Lombardi's in SoHo, which was apparently the first pizzeria in America. It was delish! We ordered a large with mushrooms, spinach and sausage. 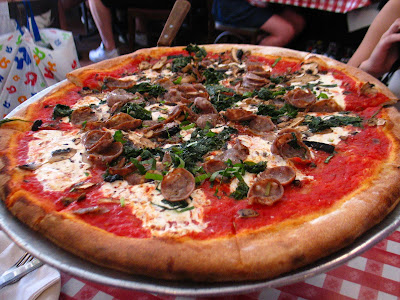 After Lombardi's, we went to check out The New Museum, also in SoHo. The current exhibit is Rivane Neueschwander's stuff, which isn't too crazy and is pretty fascinating. When we were on one of the floors, we saw Sandra Oh (from Grey's Anatomy) walk off the elevator! At one point, she was less than a foot away from me and I totally didn't know how to act or what to say. So I just admired her hair.

Anyway, one that I thought was particularly awesome was the ribbon exhibit called I Wish Your Wish (picture below). Basically, other people's wishes are printed on these colorful ribbons, and you can take one to make it your wish as well. In return, you replace it with your own wish on a sheet of paper. The one I took said, "I wish to find pleasure in things as much as I used to as a child." 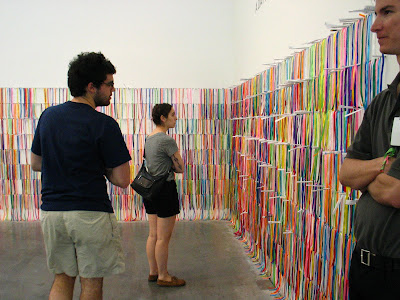 Next, we walked across the Brooklyn Bridge and tried the famous Brooklyn Ice Cream Factory's strawberry and chocolate chocolate chip, which was super rich. 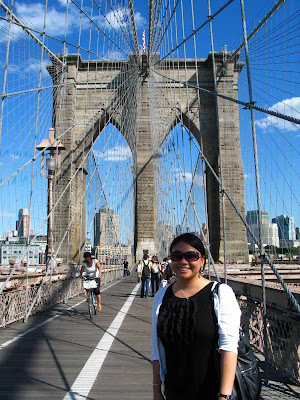 Afterwards, I watched a jazz band play in front of Central Park. I <3 jazz!! Also, I don't know if you can tell, but that dude is playing two instruments at once! 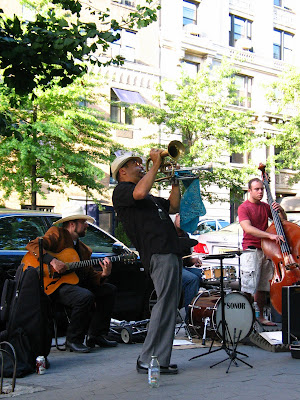 Finally, I met with a new friend, who is also from WashU and is working in NY this summer. We got some curry katsu from Go! Go! Curry! USA on 38th St. and 8th ave. It's a small hole in the wall, which equates to deliciousness. Turns out she's going to be an RA next year too! Craziness. 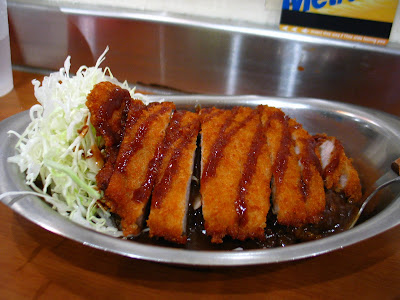 The end of my glorious day in New York!
Posted by enjoyneer at 10:36 PM